Free Grant Places at our Day Nursery in Liverpool 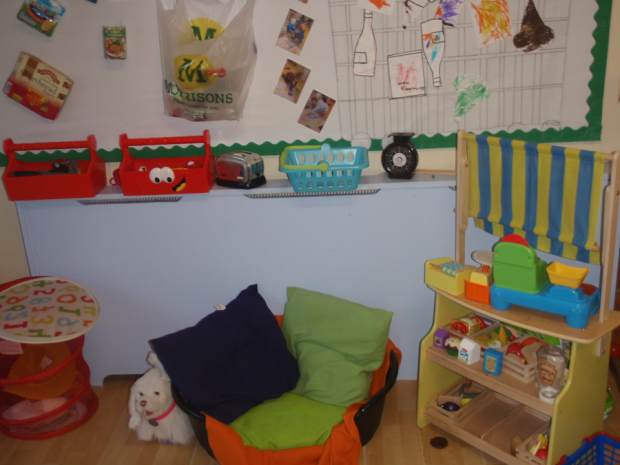 Nurseries have been told not to ‘underestimate the Government’s commitment to the sector’ by childcare minister Sam Gyimah, who said the whole issue of underfunding is a ‘myth’.

The statement angered some at the Pre-School Learning Alliance conference where Mr Gyimah made a keynote speech. This was exacerbated when he left straight after his speech, failing to stay for the Q&A session.

Mr Gyimah talked about the money the Government had invested in the sector because its rationale is that “children deserve the best in life”.

“We know that investing in early years education has some of the biggest returns.”

However he added: “The problem is that it seems at times that the Government and the Pre-School Learning Alliance disagree. Yet we all share the same objectives and are working towards the same goals.

“If you read the stories in the press you could be forgiven for thinking we haven’t delivered in terms of funding.”

He dismissed the sector’s claim that they don’t receive enough Government funding for the free childcare initiative for disadvantaged two-year-olds and three and four-year-olds calling it a “myth” and saying “You should not underestimate the Government’s commitment to this sector.”

He claimed the Government’s U-turn on the York pilot for the 30-hour childcare offer where it was forced to up its funding after early years providers in the region refused to participate because of the low levels of funding “goes to the heart of the funding issue. Some areas receive £8 an hour and some receive £3.50 an hour.

“I am confident that York and the other areas will receive the right levels of funding.

“Before I became an MP I had a background in business and economics. I understand that funding is the lifeblood of your business.

“I have a two-year-old that I drop off at nursery every day so I know how hard people work in the childcare sector.”

Neil Leitch, chief executive of the Pre-School Learning Alliance also spoke, voicing his support for the 30 hour childcare offer, but warning that if it is “not rolled out properly it will seriously jeopardise the childcare we offer”.

He is worried that the figures the Department for Education is using to come up with its funding rates are based on data they collected back in 2012. “Childcare providers deserve better,” he said.

He also expressed concern over the fact that the rates the pilot nurseries receive for the 30 hour childcare offer will be different than when the scheme is actually rolled out in 2017.

“So we are facing a funding scheme in 2017 that is completely untested.”

He urged the sector to make its voice heard, saying “speaking out does work. Look at the ratios and at the baseline assessment. This is what the sector can do when it speaks with one voice.”

The free childcare offer was introduced in England for four-year-olds in 2000 and for three-year-olds in 2005. Jess Phillips, Labour MP for Birmingham Yardley, who also spoke at the conference, hailed it as a “game-changer” saying for her as a young woman on an unstable income it had made all the difference.

She supports the ethos behind the 30 hour childcare offer being piloted in September but added: “It is pretty clear there is going to be underfunding” and predicted that the extra funding for the scheme will largely come from parents who will be charged higher fees by nurseries struggling to balance the books.

Ms Phillips criticised the Government for mainly using it as a back to work policy saying “we as policy makers should be looking for a policy that narrows the gap between children of different incomes. We face the prospect of children from working parents getting better early education than children of workless parents.

“Early years education is not about babysitting. It is about building a future for Britain and knocking down the past.”

Our Liverpool Day Nursery does offer 15 hours of free grant child care each week.  If you would like to discuss this with us, please contact our Day Nursery in Liverpool.

The very best of care!

Posted On 10th January 2013 ~ 0 Comments
At our Liverpool Day Nursery we have a full compliment of highly qualified and professional staff.  We are always available to discuss any requirements you may have

Posted On 30th September 2017 ~ 0 Comments
Our OFSTED approved Liverpool Day Nursery does offer the 30 hours of free childcare.  If you would like to find out if you qualify, please

Posted On 29th March 2016 ~ 0 Comments
Our Spring Nursery Education Grant here in our Liverpool Day Nursery has finished for this term. Our new term will start on Monday 18th April