Teaching your child language skills at our Liverpool Day Nursery 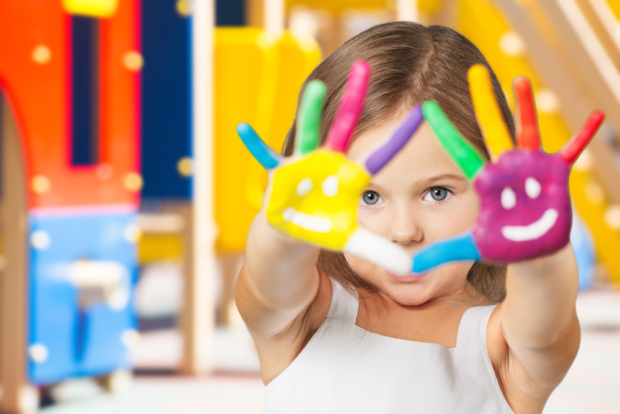 ‘Baby talk’ may sound silly to adults, but researchers have now found that it plays an important role in language learning and highlighting the structure of language.

Researchers from Princeton University in the US have found that mothers change their ‘vocal timbre’ when talking to their baby and in doing so, they help their baby’s ability to pick up language.

The timbre shift was consistent across women who speak 10 languages, including English, and the differences are strong enough to be reliably picked out by a machine learning algorithm, according to the study which was published in the journal Current Biology.

“We’ve known for a long time that adults change the way they speak when they are addressing babies,” said Jenny Saffran, a professor of psychology at the University of Wisconsin-Madison. “They speak more slowly, use shorter sentences, talk at a higher pitch and swoop their pitch up and down more often than when they are speaking to other adults.”

What sets this work apart, she added was that “this is the first study to ask whether mothers also change the timbre of their voice, manipulating the kinds of features that differentiate musical instruments from one another. This is fascinating because clearly speakers are not aware of changing their timbre, and this new study shows that it is a highly reliable feature of the way we speak to babies.”

Elise Piazza, a postdoctoral research associate with the Princeton Neuroscience Institute (PNI) and her colleagues, invited 12 English-speaking women into the Princeton Baby Lab, where researchers study how babies learn to see, talk and understand the world.

The researchers recorded the mothers while they played with or read to their 7- to 12-month-old infants and while they spoke to an adult experimenter.

They found that the mothers’ speech timbre differed enough that a computer algorithm could learn to reliably classify infant- and adult-directed speech, even using just one second of recorded speech.

“We wondered if this might generalize to mothers who aren’t speaking English,” she said. “So we took a second set of 12 mothers, who did not speak English as their native language, and asked them only to speak in their native, non-English language in all of the recordings. So now we have this new, rich dataset of recordings from Mandarin, Polish, Russian — nine different languages in all.”

When they looked at the data, the researchers found that this timbre shift between adult- and child-directed speech was “highly consistent” across languages from around the world – Cantonese, French, German, Hebrew, Hungarian, Mandarin, Polish, Russian and Spanish.

These shifts in timbre may represent a universal form of communication with infants, according to Ms Piazza.

Our Liverpool Day Nursery staff take time with each child to ensure that their speech and language skills are where they should be.  If we foresee any issues we will discuss these with you.  Our team of highly qualified staff are trained and experienced in dealing with children from all cultures and we will ensure that your child has access to a variety of learning platforms.  Our Liverpool Day Nursery offer 30 hours free childcare for 2, 3 and 4 year old.  If you would like to see if you qualify, please contact us.

What parents say about our Liverpool Day Nursery

Posted On 9th February 2015 ~ 0 Comments
My two boys have attended Childwall Valley Liverpool Day Nursery and have loved it. As an extremely anxious and probably over dramatic mum! I can say that my

Posted On 5th February 2013 ~ 0 Comments
We provide three meals per day for children who are with us for a full day at our Liverpool Day Nursery. Children who attend the

Posted On 18th January 2016 ~ 0 Comments
We at our Liverpool Day Nursery would like to welcome everybody back into the New Year. The staff and children are settled and happily making