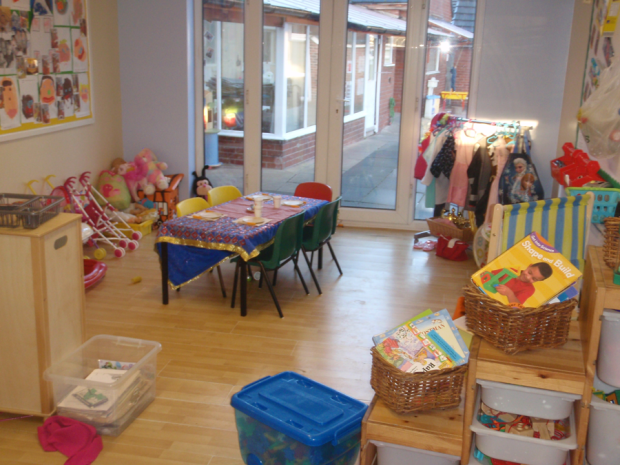 The Early Years Foundation Stage Profile (EYFSP), which was due to become non-statutory from September 2016, will continue to be mandatory for the 2016-2017 academic year

Our Day Nursery in Liverpool complies with the Early Years Foundation Stage Framework (EYFS). This is a government guideline which practitioners follow to make sure that we are supporting the Care Learning and Development of the young children in our care.

According to the Standards and Testing Agency, this will “provide continuity and stability for schools, pupils and parents and avoid unnecessary change” whilst options are reviewed for assessment in the reception year beyond 2016 to 2017.

Purnima Tanuku, chief executive of the National Day Nurseries Association (NDNA) has welcomed the news that the EYFS will remain statutory for a further year. She said: “We gave evidence to the Education Select Committee earlier this year, expressing our major concerns about the profile no longer being used as a standard measure of children’s progress at age five.

“The loss of the EYFS Profile would mean a serious deficit of national data in terms of measuring children’s outcomes and value for money for the Government investment. We would no longer have a picture on how children are doing overall at the end of the EYFS, or be able to compare groups of children, for example, by disadvantage or geographical area.

“We will continue to campaign for the EYFS Profile to be a national requirement in the long-term. While we are clear that there should not be too much measurement of children, the single national measure at the end of the early years provided by the EYFS Profile is proportionate and vital.”

The EYFS profile summarises and describes pupils’ attainment at the end of the Early Years Foundation Stage (EYFS). It shows the pupil’s attainment in relation to the 17 early learning goal descriptors and provides a short narrative describing the pupil’s three characteristics of effective learning. Practitioners’ assessments are primarily based on observing a pupil’s daily activities and events.

An email sent to primary schools from the Standards and Testing Agency (STA) explaining the change read: “Having carefully looked at the particular issues regarding the EYFSP and also in the context of overall changes to primary assessment, the EYFSP will now remain statutory for the 2016 to 2017 academic year.

“This is to provide continuity and stability for schools, pupils and parents and avoid unnecessary change whilst we take the time to review the options for assessment in the reception year beyond 2016 to 2017.

“In the meantime, schools must continue to complete the EYFSP for their reception-year pupils in the summer term, by 30 June 2017 and report the results to local authorities.”

The announcement comes after the baseline test (a reception on-entry test designed to track pupil progress through to the end of key stage 2), which was due to become statutory from next month, was scrapped as an accountability measure in April by the Department for Education.

Although the EYFSP decision has provoked criticism, particularly around its timing, Neil Leitch, chief executive of the Pre-school Learning Alliance, suggests it provides some clarity for practitioners and teachers preparing for the new term.

He commented: “We welcome the news that the EYFS Profile will remain statutory for the coming academic year. Since the Government’s decision to scrap baseline assessment, a move that was welcomed across both the early years and school sectors, there has been much confusion over the status of the EYFS Profile and its role in early assessment going forward

“We hope that the Government will take this opportunity to reassess the value of the Early Years Foundation Stage Profile, and the important role it plays in ensuring a broad, child-focused approach to early years assessment.”

If you are looking for an outstanding day nursery in Liverpool to take care of your child/children, please contact us or drop in at any time as we have an open door policy so no appointment is necessary.

Posted On 19th December 2012 ~ 0 Comments
Last week we had our nursery nativity. The toddler children and the pre-school children took part. Our Mummy’s and Daddy’s came to watch us and

Holiday Care at our Day Nursery in Liverpool

Posted On 28th June 2016 ~ 0 Comments
To keep children occupied, a third of working parents will take annual leave from work, whilst 11 per cent will take unpaid leave, costing an

Santa is due to visit our Day Nursery in Liverpool

Posted On 17th December 2015 ~ 0 Comments
The children of our Day Nursery in Liverpool will be receiving a visit from a very special guest Father Christmas at this year’s Christmas Party.