Grandparents who help with childcare are living longer 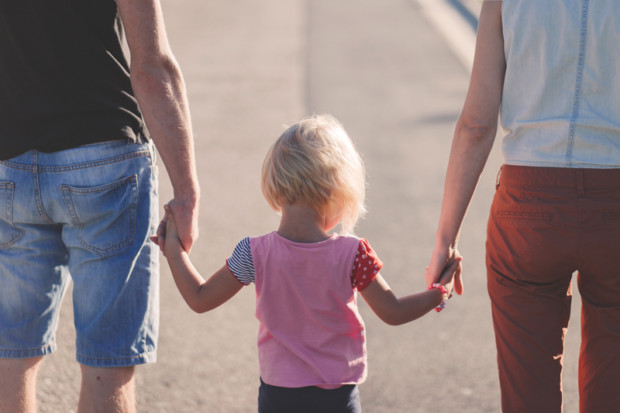 Those who help out with childcare or provide support to others in their community tend to live longer than older people who do not care for other people, a new study has revealed.

Research published in the journal Evolution and Human Behaviour suggests that having full-time custody of grandchildren can have a negative effect on older people’s health, but occasional helping can be beneficial for their well-being as it gives them a sense of purpose and keeps them mentally and physically active.

Sonja Hilbrand, doctoral student in the department of psychology at the University of Basel in Switzerland and lead author of the study, said: “Having no contact with grandchildren at all can negatively impact the health of grandparents. This link could be a mechanism deeply rooted in our evolutionary past when help with childcare was crucial for the survival of the human species.”
She added: “It is very important that every individual decides what ‘moderate amounts of help’ means. As long as you do not feel stressed about the intensity of help you provide you may be doing something good for others as well as for yourself.”

Researchers conducted survival analysis of over 500 people aged between 70 and 103 years, drawing on data from the Berlin Aging Study collected between 1990 and 2009.

The participants completed interviews and medical tests every two years between 1990 and 2009.
The results show that care giving can have a positive effect on the mortality of the carers. After accounting for grandparents’ age and general state of health, the risk of passing away over a 20-year period was one-third lower for grandparents who cared for their grandchildren, compared with those who did not provide any childcare.

The same applied to participants who did not have grandchildren but who supported their children in some way, for example, by helping with housework. In contrast, about half of those who did not help others passed away within five years.

Researchers were also able to show that the positive effect of care giving on mortality was not limited to help and care giving within the family. They found that adults who provided others with emotional support also benefited. Half of these helpers lived for another seven years, whereas those who did not help lived, on average, for another four years.

Ralph Hertwig, director of the Centre for Adaptive Rationality at the Max Planck Institute for Human Development, said: “Helping shouldn’t be misunderstood as a panacea for a longer life. A moderate level of care giving involvement does seem to have positive effects on health but previous studies have shown that more intense involvement causes stress, which has negative effects on physical and mental health.”

And all our grandparents are welcome to visit our Liverpool Day Nursery without making an appointment, thanks to our open door policy.

Posted On 19th September 2014 ~ 0 Comments
Interpreting what is unhygienic and what is ‘dirty’ can differ depending on the context, according to Carmen Rampersad, the nursery’s director of child welfare, recruitment

Posted On 2nd November 2012 ~ 0 Comments
It’s here our new website, designed to give our parents and children a better insight into what happens at the day nursery and of course

Posted On 20th April 2015 ~ 0 Comments
Nursery Education – Here at Our Liverpool Day Nursery we will be preparing to start our 2, 3 and 4 year old grant summer grant.